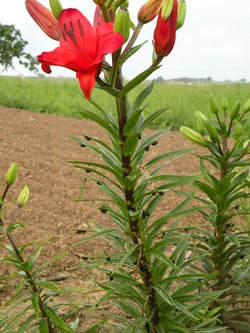 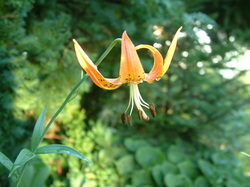 Wild populations of the native Canada lily Lilium canadense are under attack from lily leaf beetle in Quebec (Bouchard et al. 2008).  This lily is considered threatened throughout much of its range. (Photo: N. Cappuccino) 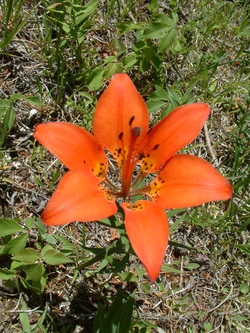 Also threatened throughout its range, the wood lily Lilium philadelphicum is a favourite host of the lily leaf beetle in the lab (Ernst et al. 2007).  To date, there are no reports of infestation on wild populations of this native lily. (Photo: N. Cappuccino)